Security Department owes its inception to a humble beginning in early 1968 when the University established Security Section under the Caretaker Section in Estate Department. Security service at the time was provided by a few guards at night and by porters during the day.

At Main Campus three guards were in-charge of the whole Campus at night as crime was relatively low those days. In 1978 due to increased incidences of crimes, occasioned by upsurge of students/staff population the department was extricated from Estate department and security department was created headed by Chief Security Officer.

In 1984 the University Management in liaison with the government seconded a Police Officer from Kenya Police whose designation was Chief Security Officer, to help deal with unbridled student riots and crime. Thereafter the section was strengthened by hiring more security Personnel who were posted to outer Campuses. Security provision however continued to be co-ordinated from Main Campus by the Chief

In realizing the crucial services rendered by the department a Committee under the Chairmanship of Prof. Mukunya was formed to investigate on status of security. After the committee completed its work, among the recommendations was the outsourcing of security services and retain lean numbers of internal Security Personnel. In 2016 Security Department was upgraded to a Directorate.

END_OF_DOCUMENT_TOKEN_TO_BE_REPLACED 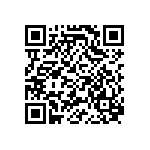